Kaleigh’s mother, Robin, hired Digital Expressions Photo Stations to have a photo booth at Brendon and Kaleigh’s wedding reception at Lavender and Old Lace.  The venue was beautiful and the gazebo where the reception was held was exceptional.  Of course, the week of the wedding, Arizona was in quite a bit of a cold snap and fortunately, Kaleigh’s wedding gown had sleeves. 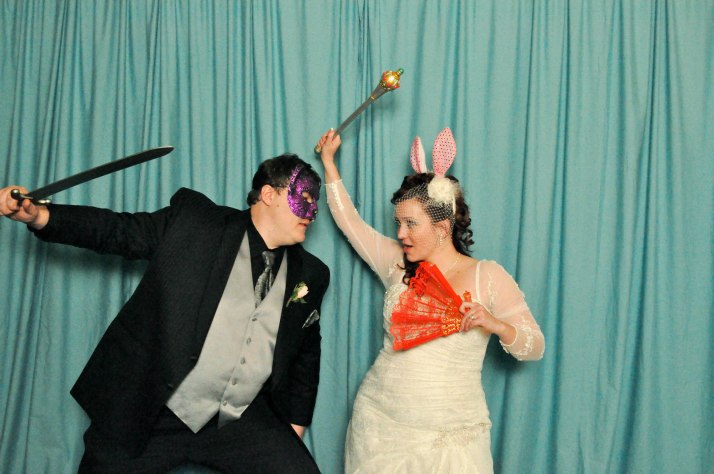 I love listening to the toasts given by friends and family because it also gives me a sense of the bride and groom.  The one thing I knew prior to the toasts was Kaleigh and Robin are very close and the toasts confirmed that.  They worked very hard making all the decorations for the wedding reception because they were on a budget.  Digital Expressions Photo Stations also had a package that fit right into their budget.

Kaleigh’s wedding colors were Tiffany blue with accents of yellow so Kaleigh picked the Tiffany blue backdrop for the photo station and as the night went on and the alcohol continued, the pictures became more silly.  We had a lot of fun helping to make Brendon and Kaleigh’s night memorable.