HOPE Group is an organization that provides an array of comprehensive Applied Behavior Analysis (ABA) services for individuals diagnosed with Autism Spectrum Disorder and other developmental or neurological disorders across the state of Arizona.  Digital Expressions Photo Booths was honored to be part of their 20-year Anniversary Party at the Ahwatukee Event Center last night.  The event had a Mardi Gras theme, so we used a really cute Mardi Gras template for the pictures that went with all of the decorations. 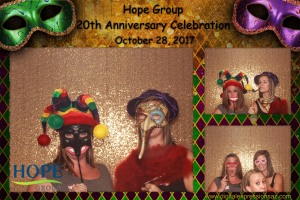 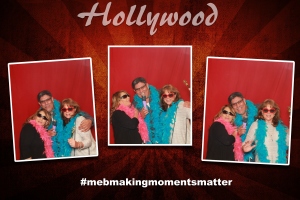 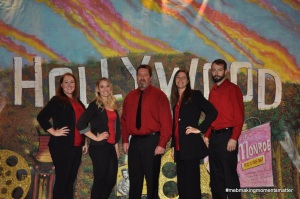 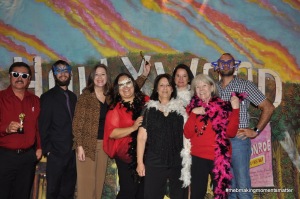 Kristine, from Jalapeno Inferno, told me that she had spoken with other photo booth companies about a photo booth rental, but just wasn’t feeling it. She then called her friend, Kristin Carter, Catering Manager at the Orange Tree Golf Club, who referred Kristine to Digital Expressions Photo Booths. When Kristine and I talked about what she was looking for her employee party, she booked our photo booth rental.  Since the day of the party was Superbowl Sunday. and, because the owners of Jalapeno Inferno are huge Cardinals fans, I utilized the colors of the Carolina Panthers, Denver Broncos, and the Arizona Cardinals for the photo booth pictures.  There was also a bounce house for the kids and TVs everywhere so everyone could watch the big game.  We had a great time at Jalapeno Inferno and are looking forward to more events at Jalapeno Inferno. 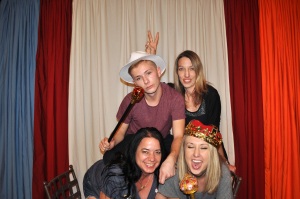 This year’s Ak-Chin Employee Bash was held at the Ultra Star Multi-Tainment Center in Maricopa.  Because of the number of people who come to the Employee Bash, Digital Expressions Photo Booths sets up two photo booths back-to-back.  With the setup this way, two groups of people can take photo booth pictures at the same time.  The theme for this year’s bash was “All Around the World,” so for one backdrop, I sewed world panel fabric together and we used a green screen for the second backdrop. We used the event logo as the background picture for the green screen.  This is the third year Digital Expressions Photo Booths was invited to part of the Employee Bash.  One of the employees told me that every year, there is a vote for what vendors the employees want back to their Bash — so every year, Digital Expressions Photo Booths is invited back. 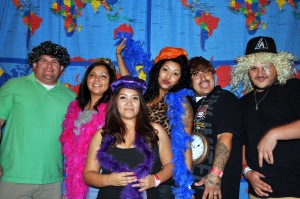 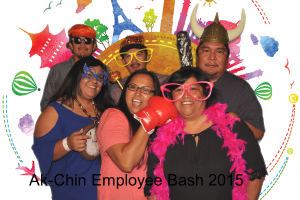 Digital Expressions Photo Booths has been the photo booth vendor for many events at Secret Garden and we were delighted when we were asked to be the photo booth vendor at their open house on August 26, 2015.  Maggie and Alexis are the event coordinators at Secret Garden and are very knowledgeable.  We used a shimmery silver backdrop with uplighting and everyone just loved the pictures.  The lights changed colors and results in different looks for the pictures.  Everyone we met were so nice and we were very impressed with the turnout of people.  The vendor next to us was Vintage Chic Rentals, who rent furniture for staging at events and Rita’s Floral Designs gave everyone a rose at the end of the open house.  The DJ for the open house was Starz Entertainment.   Digital Expressions Photo Booths do a lot of open houses and we subsequently book a lot of weddings because brides actually get to see how the photo booth looks and how great the pictures are. 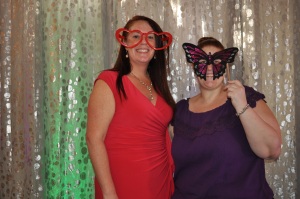 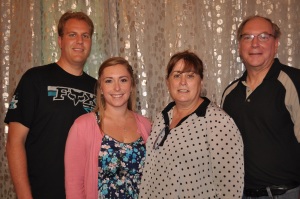 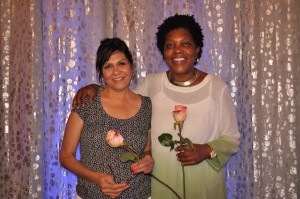 Students Taking a New Direction (STAND) had its sixth annual youth conference at the Wigwam Resort in Phoenix on June 12, 2015.  Each year, STAND members from around the state converge in Phoenix to celebrate their efforts for the year and to learn about new ways to combat tobacco.  This year, the theme was hero’s and villain’s and the kids dressed up as their favorite hero and villain.  The celebration highlights a three-day conference designed by STAND members to increase leadership skills and inspire future efforts.  This year, STAND asked Digital Expressions Photo Booths to set up our photo booth for the kids — and obviously for the adults, who had just as much fun.  It felt like Halloween in June.  Being the mother of four grown children, I truly appreciate the dedication these young minds have to this organization. 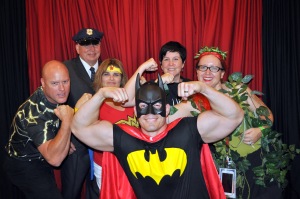 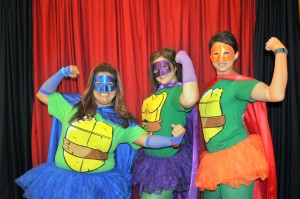 The Tire Industry Association had their Off the Road Conference at Westin La Paloma.  We were set up at the beginning of the conference when the guests would arrive.  The background was a green screen with the Off the Road Conference as the background.  Almost all of the people checking in were men and most of the men wanted to wait until their wives got their to get their pictures taken, some of whom were laying by the pool because of the beautiful weather.  For others, it took little coaxing, but when they saw the Viking helmet, a picture was taken.  This was our second visit to Westin La Paloma.  This time, we were set up in the lobby.  When we weren’t busy taking pictures, it was nice getting to know the ladies checking in the guests.

Almost all of the guests were from other parts of the country.  We met people from Moscow and Canada, as well.  The Tucson weather was beautiful and the guests from back east took advantage of being out of the snow and ice. 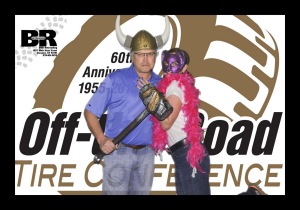 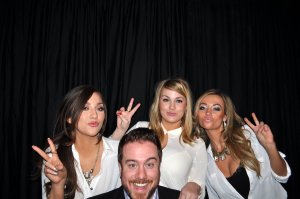 It doesn’t matter how many times we’re there, Digital Expressions Photo Booths has a great time at Union Public House in Tucson.  We have been their photo booth rental company for three years in a row for Halloween and New Year’s Eve.  This New Year’s Eve, it snowed and rained so we had to implement our backup plan and we set up at the entrance.  I was fortunate to have brought my heater fan and positioned myself below a heater.  Tucson is notorious for being colder than Phoenix and I made sure I bundled up.  It was quite cold, though — cold enough that it had started snowing and the wind didn’t help much.  That being said, the guests and employees of Union Public House had an amazing time.  It was fun to watch them run out, take pictures and wait for their pictures, and then run back into the bar to warm up.

This was our fourth event at Union Public House in two years.  I love going back twice per year and seeing the same faces.  Union Public House first hired Digital Expressions Open Photo Booths for their Halloween 2012 party and liked us so much that we keep going back.

Energy Design Systems celebrated their 25-year anniversary on March 28th and asked Digital Expressions Photo Stations to have a photo booth at their event.  The event ran from 4:30 p.m. to 8:30 p.m. on a Thursday evening.  Energy Design Systems has been designing energy efficient mechanical and electrical  systems for more than 20 years.  It is the combination of their service  and the working relationships developed with their clients that give them a reputable presence in Arizona.

The owners and employees of Energy Design Systems.

Jacque, one of the owners of Energy Design Systems, had their engineering department construct the background.  They made a sheet of logos depicting their 25-year anniversary.  I had the idea to frame the logos with black on each side and the marketing director thought this was a good idea.  I really like how the pictures turned out.

What struck me at this party were the comments made many of the contractors that came to the open house.  Everyone I heard said the economy is getting better and they were getting busier.  That was certainly nice for me to hear.