Digital Expressions Photo Booths has joined a few photo booth groups on Facebook.  Since we began our company in 2010, photo booth companies are popping up left and right.  When I see pictures of the photo booth/photo stations, I am struck by the minimalism of these booths.  The owner of one of the companies indicated she had to stand and hold the stand while people take pictures so nobody knocks it over.  To be real, people drink and when they drink, they don’t care about your camera or your monitor.  It is my job to protect my equipment and to stand by the camera to make sure people don’t knock it over is not professional, in my opinion.  Most of these pop up companies are also hiring help at $10.00 per hour (minimum wage).  Someone working for minimum wage is not going to care about the cost of the equipment.  They just want their money.

This is my new 2017 photo booth rental and it is less cluttering than our first photo booth from 2010.  Here, I have a table that protects the camera.  This wedding was at Legacy and was such a small wedding that I didn’t need stanchions, but for larger weddings, I will put two stanchions across the front of the monitor to hold off the crowd.

Digital Expressions Photo Booths is a well-established company in Phoenix and we have built a reputation of being honest and reputable. One of the biggest reasons we stay relevant is because my husband and I do all of our events.  Clients will pay a little more money, knowing the owner of the company is there. 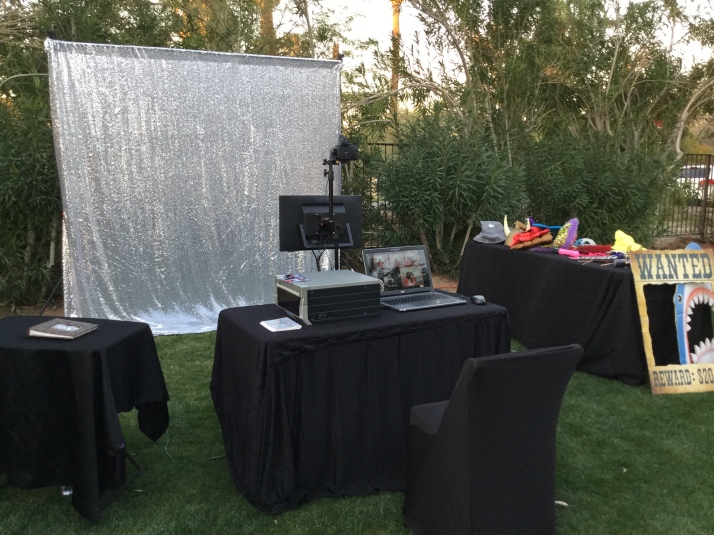