Henry and Horne’s 2015 holiday party was held in a huge tent at Scottsdale Plaza Resort and this year’s theme was musical, so I was able to find large musical notes for the backdrop that really popped against the black photo booth rental backdrop.  The other entertainment was a piano bar, so while the pianos were playing, guests were taking pictures at the photo booth.

This was Digital Expressions Photo Booths fourth holiday party for Henry and Horne.  Every year the guests ask who they want at their next holiday party and every year, they want our photo booth year after year.  When companies hire our company every year, that says a lot about how good we are, and when the employees want our company at their holiday party year after year, that says it all.  There was a lot of photo bombing done, and even the owners of the company were photo bombing the pictures.  Looking forward to next year. 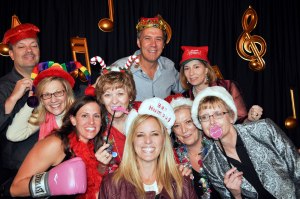 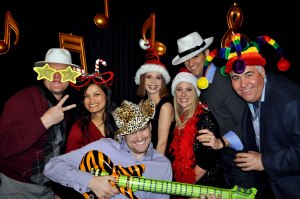